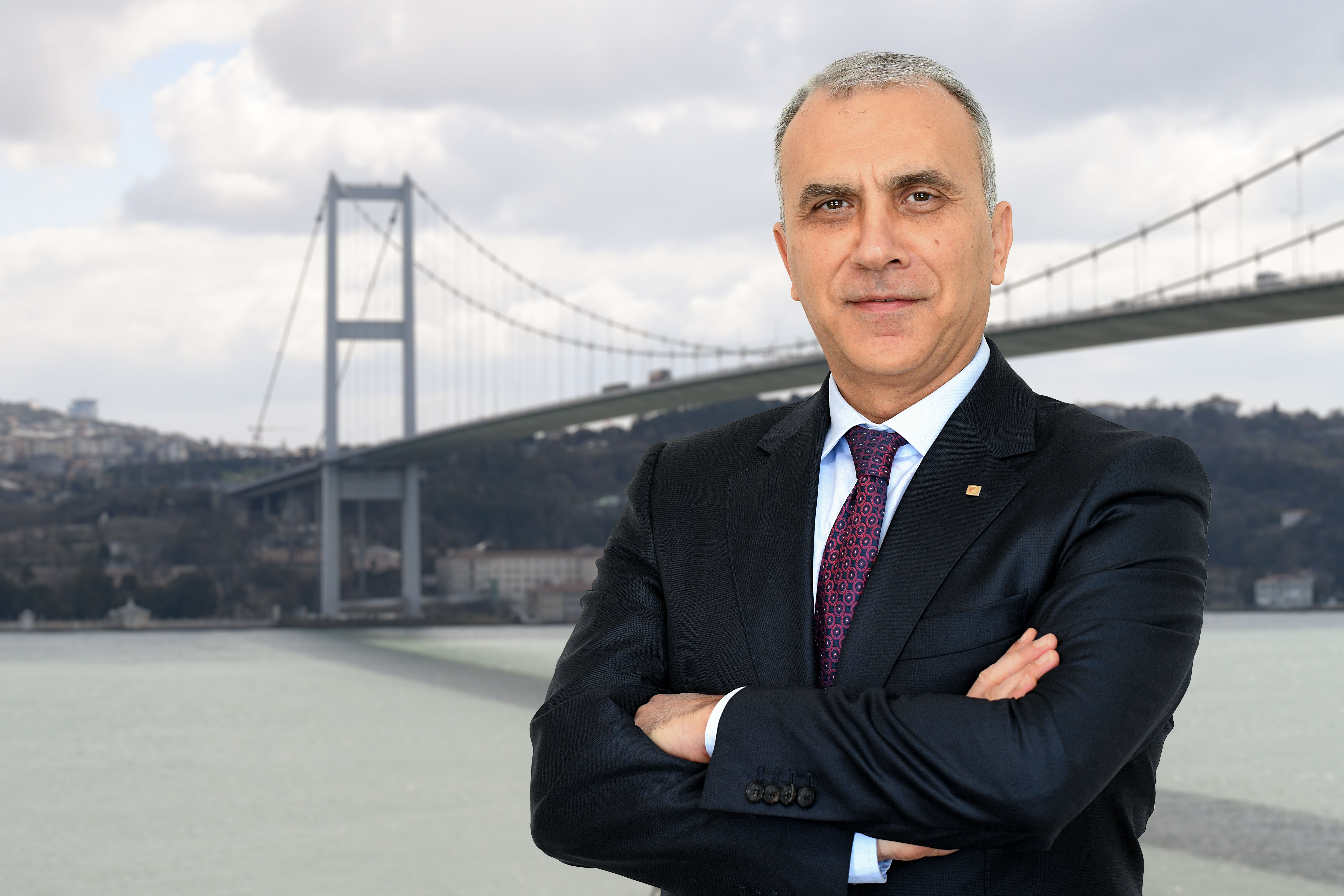 The roadmap to be followed by Alarko Group of Companies until 2030 has been developed by Ümit Nuri Yıldız, the new CEO of Alarko Holding, who has taken office upon having the roadmap approved by the management. Commenting on this new era, Yıldız says: "I would like to be a supporting CEO rather than adopting a top-down approach".

A historic change has taken place at Alarko Holding, one of leading organizations of Turkish business community, where a new CEO has been appointed. Ayhan Yavrucu, who has served at Alarko as the CEO for 28 years, handed down his responsibilities to Ümit Nuri Yıldız as of the end of last September. The 74-year-old Mr. Yavrucu, who now asked to be retired, has served at Alarko for total 48 years and was the first professional senior manager of the company. Yavrucu will continue to serve as Member of the Board of Alarko.

Just like Ayhan Yavrucu, Ümit Nuri Yıldız is also an executive trained from the cradle, as the phrase goes. I also would like to note that both of them are graduates of the same university. Having graduated from the Department of Political Sciences, Ankara University, Ümit Nuri Yıldız has also been serving the public sector as an accountant for some time, just like Mr. Yavrucu.

We have come together with Ümit Nuri Yıldız, who has been serving as CEO of Alarko Holding since the beginning of last October, at the headquarters in Ortaköy in a snowy Istanbul morning. In his first interview, Ümit Nuri Yıldız answered my questions in a calm and pleasant manner as was the scene and environment in a room overlooking the Bosporus at Alarko headquarters, that is far from the madding crowd and that is incredibly quiet.

Unlike Ayhan Yavrucu, who answered the questions posed by Doğan Selçuk Öztürk for an interview published by our newspaper on its issue dated 26 February 2022 and said that he first heard his appointment as general coordinator from the founders Üzeyir Garih and İshak Alaton, who had then convened the management team and disclosed a set of decisions made, the appointment of Mr. Yıldız has been performed in a transparent manner.

He prepared for the CEO position step by step

Having been appointed as the first general manager of Alarko Holding as of early 2019, Ümit Nuri Yıldız also assumes the Holding Board Member role in 2020. Mr. Yıldız then takes on a very important duty on his own. He develops the roadmap and prepares the plan that will be followed by Alarko Group of Companies starting from his appointment to the general manager position until 2030. He puts down on paper the organizational change covering various aspects ranging from organizational structure to management, the existing and future potential business segments, targets, and employee and company relations, and calls this document "Alarko Group's Strategy Document". This document consisting of ten pages is then signed by five people including himself.

Commenting on this process, Ümit Nuri Yıldız says: "I just put down my opinions, views and plans about Alarko. I then had the shareholders approve it. I changed the entire organizational structure as of 21 December 2021 in a manner to make it possible to achieve my targets, and I set out with this purpose in mind".

- We have determined our objectives in the Strategy Document. We have aligned the entire organization, including the Board of Directors and CEO, with these objectives both in the short- and long-run.

- Alarko Holding will be positioned as a portfolio management center. There will be autonomous companies and general managers. They will determine the opportunities and investments in a decentralized manner, competing with each other.

- The Holding will be an entity to which the companies can apply when necessary. The Companies will be aware of each other's activities, and provide support to each other when needed.

- The Group’s structure divided into chief offices has gained further strength. There used to be only two chief offices, and we have now increased the number of these chief offices to four. The Group had separate chief financial and auditing offices previously, and now we have brought them under a single roof.

- Alarko can maintain its existence in the strongest manner possible with its current status and assets. We would like to make the best use of the opportunities in this new era, and thus create a growing structure meanwhile.

- Alarko may acquire shares in the companies it deems appropriate, and become minor shareholders in such companies. We expect Alarko Holding to reach a market value of USD 3 billion by 2030. Its current market value is USD 650 million.

Service export is identified as the new investment

Having received master's degree from University of Illinois following his education at the Faculty of Political Sciences of Ankara University, Ümit Nuri Yıldız embarks upon his professional carrier as Junior Accountant in 1987. After serving in this position for 10 years, he then is assigned as Assistant General Manager of the Employment Agency in 1997. He manages the first digitalization investments at the Institution with a loan of USD 100 bln received from the World Bank. After he receives a job offer from Alarko in 1998, Yıldız continues his career as Senior Vice President, Financial Analysis, Systems and Planning at Alarko. He has been serving Alarko for 24 years.

Commenting on the times back then, Yıldız says: "Alarko has always been a company which we admired. It was professional, and there was not even the slightest doubt about its reputation. Here, you are your own boss. No one comes up and says "you should do this like this. It is you who decide on the way of doing your job as long as you comply with the principles". During the period in which the share of the Contracting Company in the Group exceeds 50%, Alarko focuses on growth plans in the field of energy while searching for new sectors to compete in. Then the processes of acquisition of Medaş Dağıtım in 2006, and then the installation of the thermal power plant equipped with the most advanced technology in the sector are conducted under the leadership of Ümit Nuri Yıldız and his team. Commenting on the new sector they intended to venture in, Yıldız says that they intend to invest TL 1.5 billion in energy this year, and continues: "It is a field in which Turkey will export services. However, it is not the service sector. It will only create employment. It will mostly target commercial users".

Activities will be extended overseas with the hotel investments in tourism

Alarko Holding has been continuing its activities efficiently in the contracting, air-conditioning, energy, tourism and real estate sectors. Preparing to celebrate its 70th anniversary two years later, the Group has recently put into operation its venture firm for its new business models. Having high hopes for this company, the Group has chosen the field of technology as its new business segment. Alarko will continue its investments in the tourism sector, in which it has a successful track record. Having completed a significant acquisition process in Bodrum, Alarko Real Estate Investment Company is now ready for its new investments. "We have several hotel commissioning projects more. We plan to invest in regions such as Maldives or Phuket so that we can ensure operations in the high season all over the 12-month period" says Ümit Nuri Yıldız, Alarko CEO, and continues: "We will invest USD 25 million and USD 30 million in tourism this year and the next year, respectively. A hotel investment is also on the agenda for the next year. Nothing has been cleared up yet. However, if acquisition takes place, we will invest another USD 90 million".